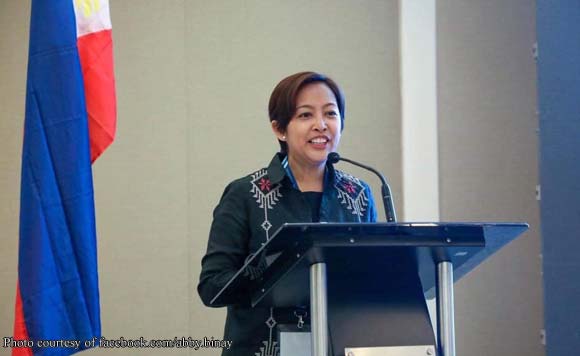 0
179
Want more POLITIKO News? Get the latest newsfeed here. We publish dozens and dozens of politics-only news stories every hour. Click here to get to know more about your politiko - from trivial to crucial. it's our commitment to tell their stories. We follow your favorite POLITIKO like they are rockstars. If you are the politiko, always remember, your side is always our story. Read more. Find out more. Get the latest news here before it spreads on social media. Follow and bookmark this link. https://goo.gl/SvY8Kr

Makati mayor Abby Binay has called on the Department of Public Works and Highways (DPWH) to speed up the rehabilitation of drainages in the city, which caused heavy floods and traffic during the downpour on August 24.

Binay ordered Makati’s Department of Engineering and Public Works (DEPW) to write to DPWH’s district engineer to rush the completion of the projects to avoid inconvenience when it rains again.

DEPW head Engineer Lauro Reyes asked DPWH District Engineer Arleen Beltran to give a date for the projects’ completion since the local government has been blamed for the floods and traffic caused by the ongoing construction works.

Reyes attached to his letter news clippings and photos of the DPWH’s ongoing projects, as well as DEPW’s recommendation.