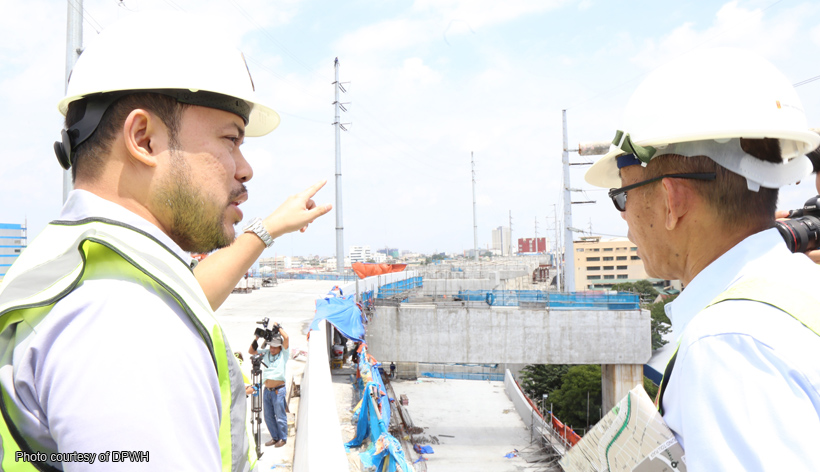 0 707
Share
Want more POLITIKO News? Get the latest newsfeed here. We publish dozens and dozens of politics-only news stories every hour. Click here to get to know more about your politiko - from trivial to crucial. it's our commitment to tell their stories. We follow your favorite POLITIKO like they are rockstars. If you are the politiko, always remember, your side is always our story. Read more. Find out more. Get the latest news here before it spreads on social media. Follow and bookmark this link. https://goo.gl/SvY8Kr

Traffic jams along EDSA and C5 is expected to ease soon with the opening of two lanes of Skyway Stage 3’s main alignment by year end.

Public Works Secretary Mark Villar said Thursday that the opening of the north- and southbound lanes will happen at the same time as the completion of the 18.68-kilometer elevated expressway from Buendia, Makati to Balintawak, Quezon City.

Villar said the Skyway Stage 3 is about 75 percent complete at the moment.

He said the alternative route is expected to be fully operational by the first quarter of 2020.

It is expected to reduce travel time from Buendia, Makati City to Balintawak, Quezon City from the current two hours to just 15 minutes to 20 minutes.