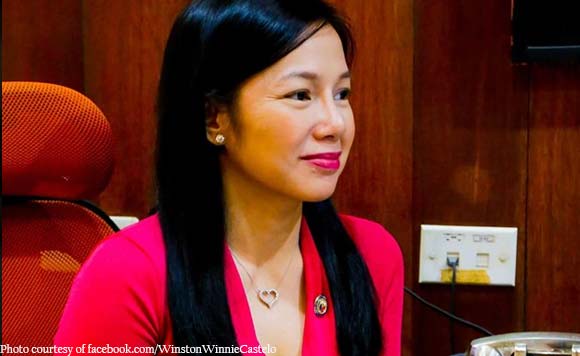 0 669
Share
Want more POLITIKO News? Get the latest newsfeed here. We publish dozens and dozens of politics-only news stories every hour. Click here to get to know more about your politiko - from trivial to crucial. it's our commitment to tell their stories. We follow your favorite POLITIKO like they are rockstars. If you are the politiko, always remember, your side is always our story. Read more. Find out more. Get the latest news here before it spreads on social media. Follow and bookmark this link. https://goo.gl/SvY8Kr

In filing House Bill 4185, Castelo said it was “only fitting” for Lopez’s legacy to be memorialized in the park which she revived through reforestation.

The lawmaker described Lopez as a “staunch vanguard of environmental protection” and someone who “brought to bear veritable ecological programs that sought to protect and uphold the interests of the environment.”

Castelo noted that Lopez was the first Filipino to be awarded the prestigious Seacology Prize in October 2017 in California for her “exceptional achievement in preserving island environments and culture.”

“Her legacy lives on in the hearts of those who care for the welfare of Mother Nature,” the lawmaker said.