Drugs for 38K HIV patients running low, to last until this week— Defensor 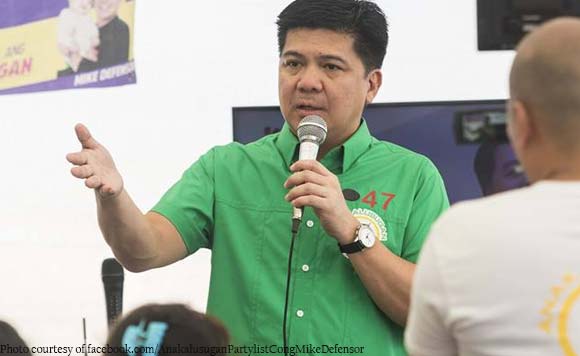 0 541
Share
Want more POLITIKO News? Get the latest newsfeed here. We publish dozens and dozens of politics-only news stories every hour. Click here to get to know more about your politiko - from trivial to crucial. it's our commitment to tell their stories. We follow your favorite POLITIKO like they are rockstars. If you are the politiko, always remember, your side is always our story. Read more. Find out more. Get the latest news here before it spreads on social media. Follow and bookmark this link. https://goo.gl/SvY8Kr

Anakalusugan party-list Rep. Michael Defensor (Anakalusugan) said on Sunday that the Department of Health (DOH) is running out of drugs for the daily antiretroviral therapy (ART) of more than 38,000 human immunodeficiency virus (HIV) patients,.

“The department acknowledged during a budget briefing that the 125 HIV treatment hubs across the country have just enough drug supplies to last until this week – the first week of September,” he said.

DOH officials assured lawmakers that new batches of ART drugs are expected to arrive this month, but they did not say when exactly, according to Defensor.

“We are puzzled that on one hand, the DOH is able to stockpile billions of pesos worth of medicines, some of which have become useless, while on the other hand, the department risks running out of some badly needed drugs,” Defensor said.

“It is not fair to deprive patients access to their course of therapy simply because the DOH is unable to purchase and distribute the drugs on time,” Defensor said.

Defensor urged the DOH to overhaul the way it plans the procurement and distribution of medicines.

A Commission on Audit (COA) report earlier pointed out that the DOH as of Dec. 31, 2018 had P18.449 billion worth of medicines – purchased from 2015 to 2018 – that have yet to be distributed to public health care facilities.

The large inventory included some P367-million worth of drugs that have already expired, or are nearing expiry, according to the COA report.

“The uninterrupted supply of drugs in HIV treatment hubs is crucially important because apart from the 38,000 cases already on ART, another 900 Filipinos are being initiated on ART every month,” Defensor said.

ART enables Filipinos living with HIV to live more productive, healthier and longer lives, according to the World Health Organization (WHO).