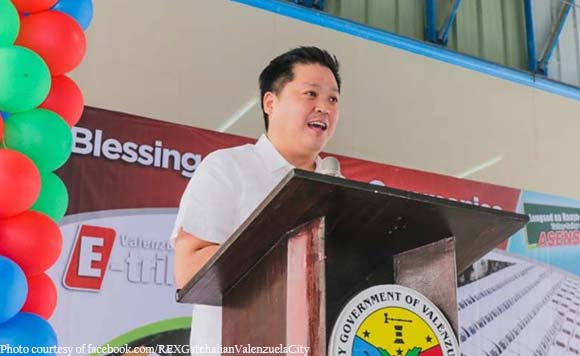 0
622
Want more POLITIKO News? Get the latest newsfeed here. We publish dozens and dozens of politics-only news stories every hour. Click here to get to know more about your politiko - from trivial to crucial. it's our commitment to tell their stories. We follow your favorite POLITIKO like they are rockstars. If you are the politiko, always remember, your side is always our story. Read more. Find out more. Get the latest news here before it spreads on social media. Follow and bookmark this link. https://goo.gl/SvY8Kr

These two mayors have immense respect for each other, especially for the witty jokes.

Valenzuela Mayor Rex Gatchalian poked fun on a rainy Sunday night when he said that he’s announcing early that there are no classes on Monday, August 26. It was a hoot, given that it was a declared holiday for National Heroes’ Day.

Sotto then got serious: “The best talaga si Mayor Rex! pero more seriously speaking, we are trying to replicate a lot of best practices that Valenzuela has. Lalo na sa edukasyon at sa ospital nila.”

Gatchalian then responded with praises for the millennial mayor.

“Thank you, Mayor Vico! Valenzuela has a lot to learn from the best practices of Pasig as well. Visit us in Valenzuela City soon,” the veteran mayor said.

Will Valenzuela and Pasig emerge as strong sister cities after this?

WATCH: Vico Sotto almost fell from his seat in this comedic…

Miro Quimbo wants you to buy tickets for this fundraising…