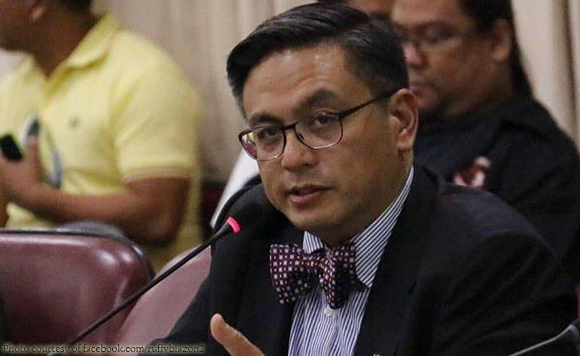 Muntinlipa Rep. Ruffy Biazon on Wednesday said he welcomed the apology of the Chinese shipowner two months after the July 9 collision that sank a Filipino fishing boat in the West Philippine Sea.

“The statement of apology from the Chinese is welcome, especially the admission that the Chinese boat should take major responsibility,” said Biazon, vice chair of the House committee on defense and security.

“The openness to compensate the Filipino fishermen is also appreciated because that is the appropriate and just thing to do by the Chinese side,” he added.

“Moving forward, this should be a catalyst for a Code of a Conduct to be adopted for parties involved in the issue of the West Philippine Sea,” Biazon said.

On Wednesday, the Department of Foreign Affairs released part of an apology letter in which the owner of the Chinese vessel expressed regret for the collision, which he said was an accident.

“It was fortunate that there were no casualties. I feel deep regret that this accident had to happen and I would like to express my deep sympathy to the Filipino fishermen,” the owner said, based on a translation of the Chinese embassy.

“The shipowner of the Chinese fishing boat involved, through our Association, would like to express his sincere apology to the Filipino fishermen,” he said.