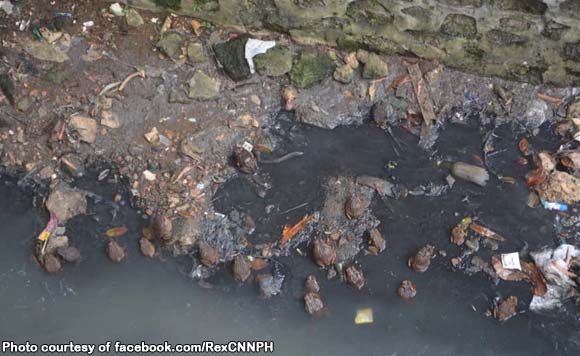 0 1,132
Share
Want more POLITIKO News? Get the latest newsfeed here. We publish dozens and dozens of politics-only news stories every hour. Click here to get to know more about your politiko - from trivial to crucial. it's our commitment to tell their stories. We follow your favorite POLITIKO like they are rockstars. If you are the politiko, always remember, your side is always our story. Read more. Find out more. Get the latest news here before it spreads on social media. Follow and bookmark this link. https://goo.gl/SvY8Kr

It doesn’t take a scientist to know that this was a bad idea, according to netizens who reacted vehemently to the “short-sighted” solution.

Barangay Old Balara in Quezon City wanted a quick fix to their growing dengue problem, so their solution was to release over a thousand frogs to the area to feast on the mosquitoes plaguing the area.

It did not sit well with netizens, saying it was disruptive of nature’s food chain.

“Those frogs are invasive, and we can’t be sure if they’re effective. Wtf!!!,’ said @MangingisdaSays.

Another pointed out that the best way was to clean the area and not bring new species to the ecosystem.

One even warned that the specific breed of toads released were poisonous.

What’s your take on this?

LOOK: Quezon City’s Barangay Old Balara releases an army of more than a thousand bull frogs to eat mosquitoes and halt the spread of dengue in the area.

Shuta. Those frogs are invasive, and we can’t be sure if they’re effective. Wtf!!! https://t.co/RQqxblTfO5

People are literally disrupting our ecosystem ano? In just one month:

Are these bull frogs or toads? Bull frogs can be eaten but toads are poisonous! If these are real bull frogs, instead of eating mosquitoes, these frogs might be eaten by the people around barangay old balara? Just clean the area & maintain its cleanliness!

Miro Quimbo has discovered the best goto in Marikina

Alfred Vargas has this tip to find the right love

Ruffy Biazon explains why US makes a reliable ally for PH

Elton Yap takes his staff to a VDay treat