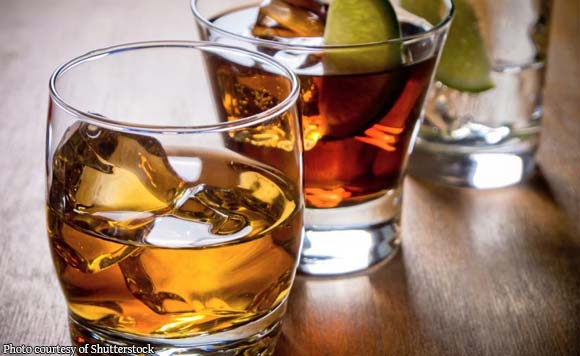 0 518
Share
Want more POLITIKO News? Get the latest newsfeed here. We publish dozens and dozens of politics-only news stories every hour. Click here to get to know more about your politiko - from trivial to crucial. it's our commitment to tell their stories. We follow your favorite POLITIKO like they are rockstars. If you are the politiko, always remember, your side is always our story. Read more. Find out more. Get the latest news here before it spreads on social media. Follow and bookmark this link. https://goo.gl/SvY8Kr

Muntinlupa City Rep. Ruffy Biazon is pushing for the mandatory inclusion of health warnings on alcoholic drinks, noting that they also have adverse effects on health like tobacco.

Biazon said he filed House Bill No. 4059 to ensure persons consuming alcohol are adequately informed of the dangers it poses.

The proposed measure also covers establishments that sell mixed alcoholic beverages such as cocktails and other similar concoctions, requiring the inclusion of health warnings at the section of the menu where mixed alcoholic drinks are listed.

Biazon said it has been scientifically and medically proven that consumption of alcohol either impairs the body function and health of humans.

Alcohol is also addicting, with alcoholism a rampant problem worldwide.

Biazon said the government must be consistent in how it deals with what is determined to be harmful to people.

“In taxing the ‘sin products,’ we applied the policy for both alcohol and tobacco, even using the health angle as a justification. So if we have placed health warnings on cigarettes, so should we do the same for alcohol,” he said.