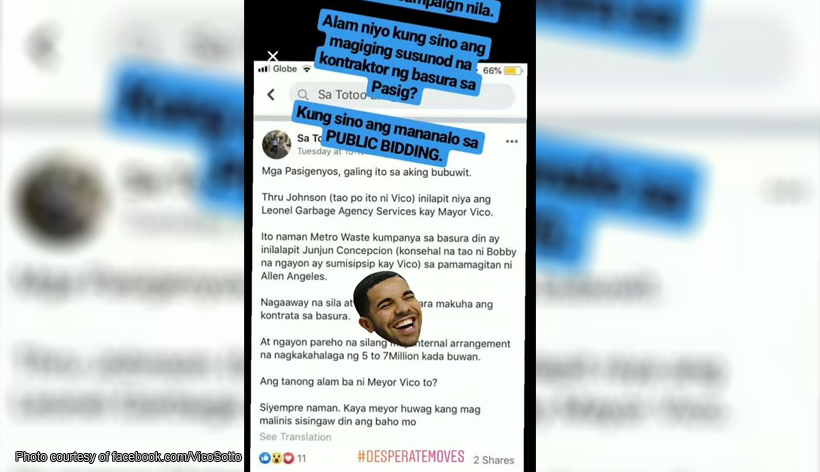 Pasig City Mayor Vico Sotto has warned the public against believing the rumor that he favored two companies for the city’s garbage collection contract.

Rumors being spread online claimed that a certain Leonel Garbage Agency Services and Metro Waste have an “internal arrangement” with Sotto to collect garbage in the city.

The two entities will allegedly get between P5 million and P7 million.

Though Sotto did not name who he thinks is behind the negative propaganda against him, he said the culprits can’t seem to move on from the May midterm polls.