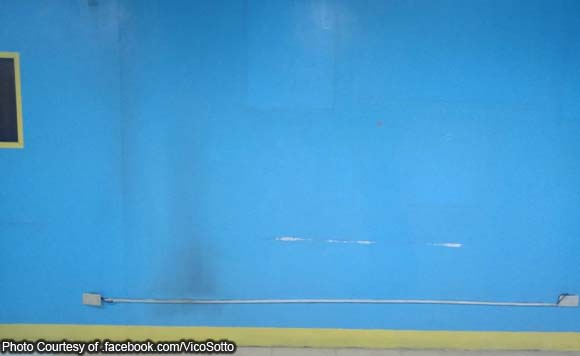 0 389
Share
Want more POLITIKO News? Get the latest newsfeed here. We publish dozens and dozens of politics-only news stories every hour. Click here to get to know more about your politiko - from trivial to crucial. it's our commitment to tell their stories. We follow your favorite POLITIKO like they are rockstars. If you are the politiko, always remember, your side is always our story. Read more. Find out more. Get the latest news here before it spreads on social media. Follow and bookmark this link. https://goo.gl/SvY8Kr

The reason for his ouster was proven when the sacked worker stripped his office bare.

Pasig Mayor Vico Sotto walked the talk as he fired an office head within city hall for “questionable practices and abusive behavior.”

Sotto was quickly vindicated when reports reached him that the fired official left his/her office without anything to spare for its next user. The furniture, files, and all other materials were taken out, leaving nothing but the blue walls.

“The pictures show how some people treat the government like their private property,” Sotto said. “We are giving everyone a chance. Some of the most successful transitions in LGUs have come with minimal changes in personnel. But we will deal with the abusive as they deserve, and with the full force of the law.”

Sotto also lamented the improper inventory of office items, which he said will make all furniture hard to track.