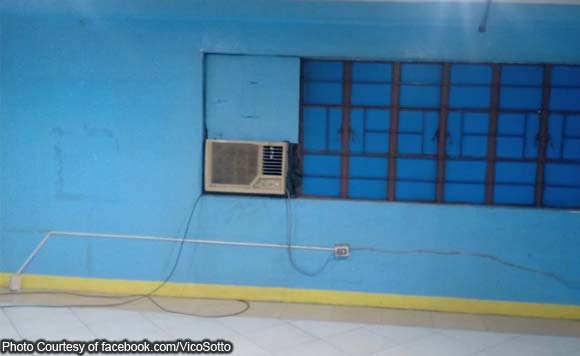 0 1,157
Share
Want more POLITIKO News? Get the latest newsfeed here. We publish dozens and dozens of politics-only news stories every hour. Click here to get to know more about your politiko - from trivial to crucial. it's our commitment to tell their stories. We follow your favorite POLITIKO like they are rockstars. If you are the politiko, always remember, your side is always our story. Read more. Find out more. Get the latest news here before it spreads on social media. Follow and bookmark this link. https://goo.gl/SvY8Kr

Some local officials of Pasig City are resistant to the campaign for good governance being pushed by Mayor Vico Sotto.

The mayor shared on Facebook the empty office of a city hall official he fired for “some questionable practices and abusive behavior.”

Sotto said the empty space, which only had the aircon left, showed that some people treat government properties like their own.

“We are giving everyone a chance. Some of the most successful transitions in LGUs have come with minimal changes in personnel. But we will deal with the abusive as they deserve, and with the full force of the law,” he said.

In the comments section, Sotto said they are having difficulty accounting for the items taken by the dismissed official because there is no proper inventory of items owned by the city government.

Despite the challenges, Sotto is unfazed and urged the public to continue to report alleged instances of corruption to his office.