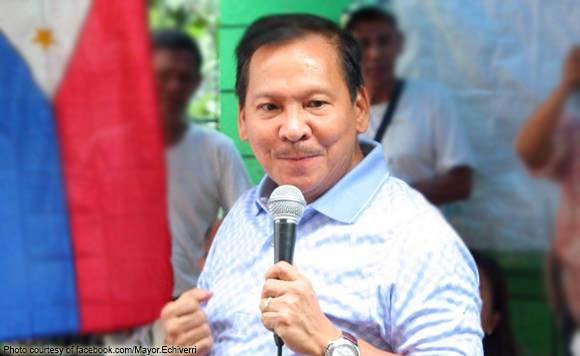 Former Caloocan City Mayor Enrico Echiverri shoots down another graft charge, as the Sandiganbayan 6th Division rules in his favor in relation to an allegedly anomalous P4.9 million infrastructure project.

In a 33-page resolution, the anti-graft court held that the prosecution failed to prove that Echiverri gave undue advantage to private firm, C.B. Tampengco, in awarding the P4.9 million bid for the construction of a Multi-Purpose Hall in Barangay 172, Caloocan City.

According to the court, Echiverri’s demurrer to evidence had merit, effectively dismissing the prosecution’s case.

“Absent proof of any irregularity, the contract would necessarily have been awarded to C.B. Tampengco, the lowest bidder,” the resolution read.

The case originated from a complaint alleging that Echiverri violated Section 3(e) of Republic Act No. 3019 or the Anti-Graft and Corrupt Practices Act when he, along with two other city officials, released over P4.9 million in public funds to C.B. Tampengco without a specific itemized appropriation and approval from the Sangguniang Panlungsod.

However, in his demurrer, Echiverri explained that under Sangguniang Panlungsod Resolution No. 1985 s. 2012, the city has ratified all contracts entered into by Caloocan City for its projects, particularly the construction and improvement of school buildings, multi-purpose halls, among others.

To which the court agreed that given that there was a public bidding, Echiverri could not be held liable to the graft charge.

According to the court, the prosecution was at least able to prove that Garcia and Centeño abused their positions in relation to the project’s allotment and obligation slip dated October 20, 2011.