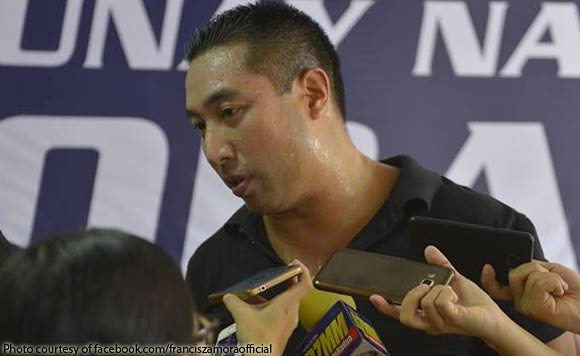 0 906
Share
Want more POLITIKO News? Get the latest newsfeed here. We publish dozens and dozens of politics-only news stories every hour. Click here to get to know more about your politiko - from trivial to crucial. it's our commitment to tell their stories. We follow your favorite POLITIKO like they are rockstars. If you are the politiko, always remember, your side is always our story. Read more. Find out more. Get the latest news here before it spreads on social media. Follow and bookmark this link. https://goo.gl/SvY8Kr

Motorists can no longer pay to park in the streets of San Juan City after Mayor Francis Zamora declared them as “no parking zones.”

The mayor subsequently banned parking along the city’s streets following the Department of Interior and Local Government’s order for local governments to clear roads of obstructions.

Also covered by the EO are all other streets in San Juan used as pay parking by the city government or barangay.

Zamora authorizes the Traffic Management and Parking Office, Task Force Disiplina, Traffic Police, barangay officials and lupon tagapamayapa of all barangays in San Juan to apprehend violators of the EO and initiate the towing of vehicles obstructing the traffic flow.