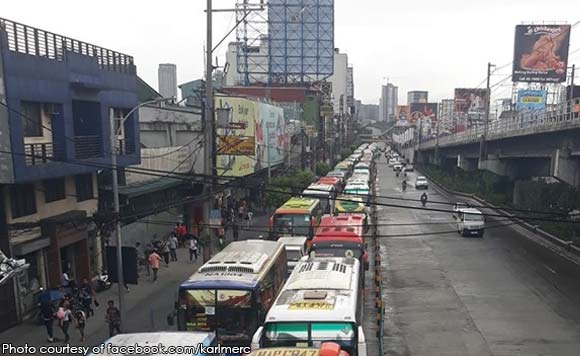 0 1,023
45
Want more POLITIKO News? Get the latest newsfeed here. We publish dozens and dozens of politics-only news stories every hour. Click here to get to know more about your politiko - from trivial to crucial. it's our commitment to tell their stories. We follow your favorite POLITIKO like they are rockstars. If you are the politiko, always remember, your side is always our story. Read more. Find out more. Get the latest news here before it spreads on social media. Follow and bookmark this link. https://goo.gl/SvY8Kr

Senator Grace Poe has set a hearing next week over the traffic gridlock affecting EDSA these past few days despite the suspension of the provincial bus ban.

The Senate Committee on Public Services chaired by Poe will hold the hearing on August 13.

In a statement Thursday, Poe lamented that the public has become like a “science project” for transportation officials who try different traffic schemes along EDSA.

Motorists and commuters have been complaining of heavier traffic along EDSA this week as the Metro Manila Development Authority strictly enforces the yellow lane policy for city buses.

Under the policy, city buses can only use the two outermost lanes for public utility vehicles along EDSA.

Poe, however, said the scheme should be reviewed amid the worsening traffic.