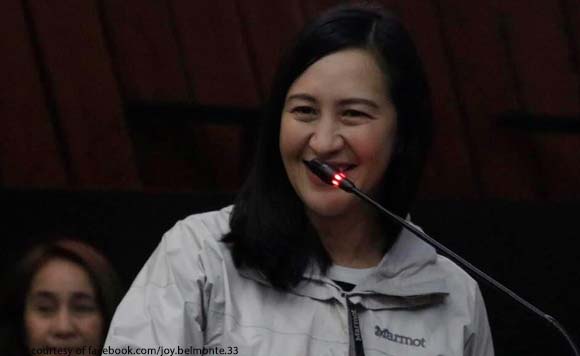 0 1,915
Share
Want more POLITIKO News? Get the latest newsfeed here. We publish dozens and dozens of politics-only news stories every hour. Click here to get to know more about your politiko - from trivial to crucial. it's our commitment to tell their stories. We follow your favorite POLITIKO like they are rockstars. If you are the politiko, always remember, your side is always our story. Read more. Find out more. Get the latest news here before it spreads on social media. Follow and bookmark this link. https://goo.gl/SvY8Kr

Quezon City Mayor Joy Belmonte has urged members of the legislative and the executive units to work together closely for the benefit of residents.

At the opening of the two-day Executive Legislative Agenda (ELA) Capacity Development Formulation Workshop, Belmonte noted that there are still ordinances lacking in the city due to lack of coordination with the legislative branch.

“In the same way, maraming naipasang high-quality measures ang legislative na hindi na-implement. We would to avoid this already,” she said.

Belmonte said she wants part of her agenda to be aligned with President Duterte’s priority programs, including campaign against illegal drugs, peace and order, climate change adaptation, disaster risk reduction and good governance, to maximize its benefits for local residents.

“We want to put the welfare of the people at the forefront of our objectives. Lahat ng aming programa, nakasentro sa kapakanan ng mga taga-Lungsod Quezon,” she said.