The pressure is on! Isko Moreno orders PDEA, MPD to clear Baseco of drugs in 1 week 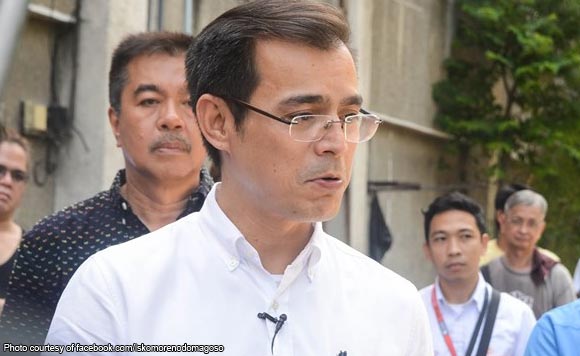 0 2,783
Share
Want more POLITIKO News? Get the latest newsfeed here. We publish dozens and dozens of politics-only news stories every hour. Click here to get to know more about your politiko - from trivial to crucial. it's our commitment to tell their stories. We follow your favorite POLITIKO like they are rockstars. If you are the politiko, always remember, your side is always our story. Read more. Find out more. Get the latest news here before it spreads on social media. Follow and bookmark this link. https://goo.gl/SvY8Kr

Manila Mayor Isko Moreno has given the Philippine Drug Enforcement Agency and Manila Police District one week to clear the Baseco Compound of illegal drugs.

Moreno gave the order Thursday during a meeting with the Manila Anti-Drug Abuse Council.

“I’m giving you, all those enforcement agencies, pag ‘di niyo naclear ng drugs ang baseco, then there’s no business for you to come here in the next council meeting,” he said.

Data from PDEA-National Capital Region (NCR) showed that 807 out of 896 barangays in the nation’s capital are still affected by illegal drug operations.

The MPD’s records, meanwhile, showed that there are still about more than 2,000 drug pushers on the loose in the streets of Manila.

In addition to clearing Baseco of illegal drugs, Moreno ordered that drug suspects should be jailed and all loose firearms be confiscated by authorities.

The mayor made it clear that the drug clearing operations in Manila will not stop even if Baseco is free of illegal drugs.

“If we can do it in Baseco, we can do it anywhere in the City of Manila, to clear barangays of illegal drugs,” Moreno said.