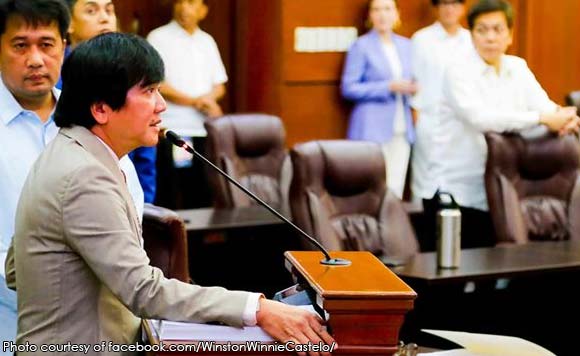 0 635
8
Want more POLITIKO News? Get the latest newsfeed here. We publish dozens and dozens of politics-only news stories every hour. Click here to get to know more about your politiko - from trivial to crucial. it's our commitment to tell their stories. We follow your favorite POLITIKO like they are rockstars. If you are the politiko, always remember, your side is always our story. Read more. Find out more. Get the latest news here before it spreads on social media. Follow and bookmark this link. https://goo.gl/SvY8Kr

Quezon City Councilor Winnie Castelo has urged private subdivisions and military camps along EDSA to open their gates to motorists as an alternate route to ease the traffic jams in Metro Manila.

In particular, Castelo said streets of Corinthian Garden, White Plains and Green Meadows subdivisions, as well as Camps Aguinaldo and Crame can be used as an alternative routes for motorists.

To protect residents’ privacy, however, the councilor said the gates of these areas should only be open to outside traffic during rush hours.

“The rich should open their properties to the suffering commuters. But I would state it clear that I don’t intend to jeopardize the security of these private subdivisions, because there are ways to safe guard their security and institute measures that will also secure their privacy,” he said.

As for Camp Crame and Camp Aguinaldo, Castelo added that it’s the mandate of these military camps to serve and protect the public allowing their streets to be open to motorists as alternative routes.