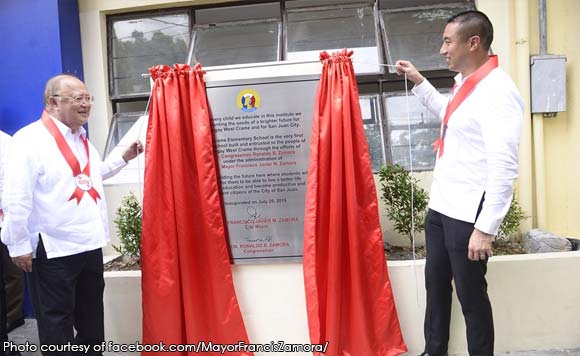 The West Crame Elementary School in San Juan City is finally open to classes after being shut down for close to four years.

Mayor Francis Zamora on Tuesday led the school opening along with his father, Congressman Ronnie Zamora, and other local officials.

The four-storey school building, which was constructed through the efforts of Congressman Zamora, was inaugurated on December 8, 2015.

However, then- San Juan Mayor Guia Gomez and then- Vice Mayor Jel Estrada didn’t allow it to be used by students on the argument that bullets from the firing range of the Philippine National Police (PNP) would reach the school.

Then- PNP chief and now Senator Ronald dela Rosa and Education Secretary Leonor Briones issued a certification for the school’s safety in 2017.

PNP chief General Oscar Albayalde has also assured that additional measures will be in place to ensure the students’ safety.