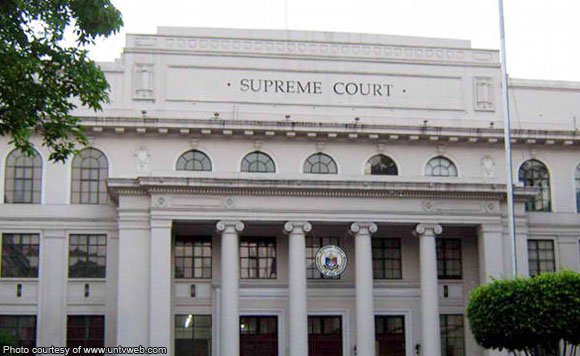 0 599
Share
Want more POLITIKO News? Get the latest newsfeed here. We publish dozens and dozens of politics-only news stories every hour. Click here to get to know more about your politiko - from trivial to crucial. it's our commitment to tell their stories. We follow your favorite POLITIKO like they are rockstars. If you are the politiko, always remember, your side is always our story. Read more. Find out more. Get the latest news here before it spreads on social media. Follow and bookmark this link. https://goo.gl/SvY8Kr

Justice Secretary Menardo Guevarra has asked the Supreme Court (SC) to transfer to Metro Manila the murder case filed against businessman Dennis Sytin who is accused of killing his older brother Dominic.

Guevarra made the request after the Department of Justice (DOJ) has filed murder and frustrated murder charges before the Olongapo City regional trial court against Dennis and his two co-accused, namely, Ryan Rementilla and self-confessed gunman Edgardo Luib.

The Secretary explained he sought the transfer of the case to a Metro Manila court “for the safety and security of the witnesses principally, and to avoid any pressure upon the court and the prosecution, given the sphere of influence of the contending parties and the intense public interest generated by this sensational case.”

Meanwhile, Guevarra said “the Olongapo court should proceed until the Supreme Court actually orders a transfer of venue.”

Dominic was gunned down on Nov. 28, 2018 in front of the Light House Hotel at the Subic Bay Freeport Zone, Olongapo City where his bodyguard, Efren Espartero Jr., was also hurt.

In a resolution, the DOJ panel of prosecutors relied on the confession of Luib who admitted being the gunman and was hired by Rementilla and Dennis.

“Respondent Sytin and Rementilla had all the ill-motives to perpetrate the murder as they were both disgruntled and angry at Dominic for terminating them from UAI and as regards respondent Sytin, for not giving him his shares in the company profits and excluding him from their business,” read the resolution.