Is next Pacquiao in QC? Joy Belmonte eyes building sports academy to find out 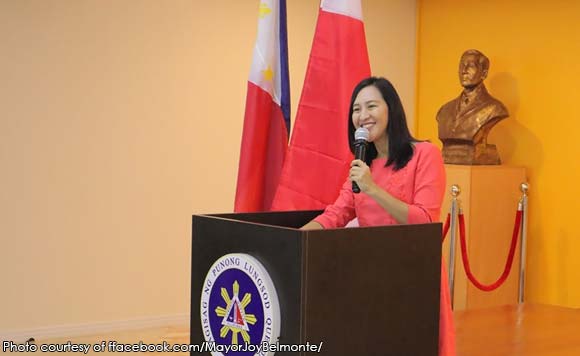 0
163
Want more POLITIKO News? Get the latest newsfeed here. We publish dozens and dozens of politics-only news stories every hour. Click here to get to know more about your politiko - from trivial to crucial. it's our commitment to tell their stories. We follow your favorite POLITIKO like they are rockstars. If you are the politiko, always remember, your side is always our story. Read more. Find out more. Get the latest news here before it spreads on social media. Follow and bookmark this link. https://goo.gl/SvY8Kr

Mayor Joy Belmonte plans to build a sports academy to discover potential athletes who could rival the talent of Senator Manny Pacquiao in boxing or represent the country in international contests.

Belmonte said President Duterte’s push for the creation of a National Academy of Sports for High School students during his fourth State of the Nation Address (SONA) is an ideal complement to the city’s sports development plan.

During her stint as vice mayor, Belmonte, as the presiding officer of the Quezon City Council, led the passage of a comprehensive sports code, including a sports program for the youth in communities and schools.

Belmonte has requested Vice Mayor Gian Sotto to certify the passage of the comprehensive sports code as urgent so it can be implemented as soon as possible.

No free pass: Joy Belmonte orders crackdown on violators of…