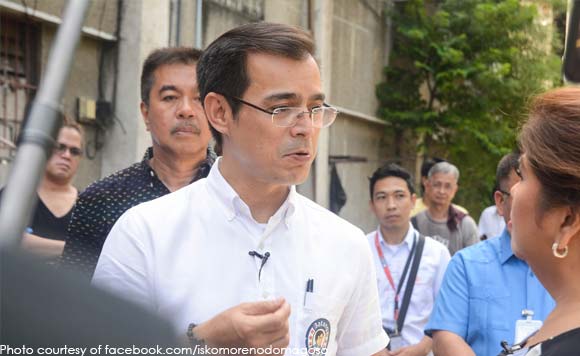 0 1,596
Share
Want more POLITIKO News? Get the latest newsfeed here. We publish dozens and dozens of politics-only news stories every hour. Click here to get to know more about your politiko - from trivial to crucial. it's our commitment to tell their stories. We follow your favorite POLITIKO like they are rockstars. If you are the politiko, always remember, your side is always our story. Read more. Find out more. Get the latest news here before it spreads on social media. Follow and bookmark this link. https://goo.gl/SvY8Kr

Isko Moreno hasn’t turned his back on his roots as a former resident of the slums even if he’s now Manila’s mayor.

Moreno told GMA News broadcaster Jessica Soho that he still plays tong-its and cara y cruz, two games of chance that are popular on the streets.

The mayor shared the trivia when he asked Soho on an episode of “Kapuso Mo Jessica Soho” to decipher the meaning of the phrase, “Lasma sa Gidli Bandang Wakali.”

The phrase meant, “Malas sa Gilid Bandang Kaliwa.” It is used by those who play tong-its.

When Soho asked if the mayor was a regular visitor to wakes, he said: “Doon ako na-discover na artista ng GMA .”

Moreno used to be an actor before entering politics.