Into the modern era: 17-storey city hall to rise in Taguig soon 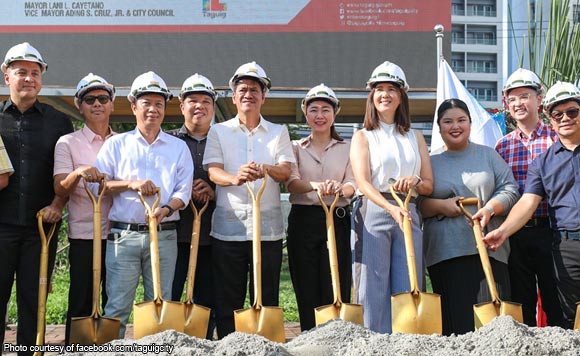 0 806
Share
Want more POLITIKO News? Get the latest newsfeed here. We publish dozens and dozens of politics-only news stories every hour. Click here to get to know more about your politiko - from trivial to crucial. it's our commitment to tell their stories. We follow your favorite POLITIKO like they are rockstars. If you are the politiko, always remember, your side is always our story. Read more. Find out more. Get the latest news here before it spreads on social media. Follow and bookmark this link. https://goo.gl/SvY8Kr

The city government of Taguig is set to build a 17-storey city hall that will have a modern architectural design.

Glass and greenery will be among the dominant features of the new city hall, which will be built along Pedro Cayetano Boulevard in Barangay Ususan.

In a statement, the city government said the entrance to the new city hall “will be a massive travertine wall with two glass protrusions.”

The new city hall will also have big and small meeting rooms in every floor that can host 20- and 8-person meetings. Teams might also want to meet at the facilities on the upper-level roof-deck garden.

The Office of the Mayor and the workspaces of the direct staff will be a structure inspired by the indigenous “bahay na bato” architecture, the city government said. On the 12th to 15th floors, this will be a rectangular glass box punctuated with stainless ventanillas. The frame will light up at night, making it an unmissable sight.

Two rooftop gardens will provide an overlooking view of Taguig. The first rooftop garden will be on the top of the Convention Center and Assembly Hall, an area with meeting pavilions, a garden with ponds, as well as a food court and a gym. The second one will thrive high above, on the 17th floor, conducive for outdoor dining, lounging and exercise.

Architects Dan Lichauco and Dennis Guran, and Engineer Art Santos will oversee the construction of the new city hall until its expected completion within 2021.