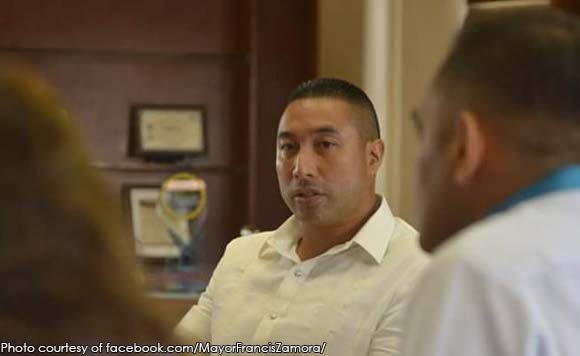 0 893
Share
Want more POLITIKO News? Get the latest newsfeed here. We publish dozens and dozens of politics-only news stories every hour. Click here to get to know more about your politiko - from trivial to crucial. it's our commitment to tell their stories. We follow your favorite POLITIKO like they are rockstars. If you are the politiko, always remember, your side is always our story. Read more. Find out more. Get the latest news here before it spreads on social media. Follow and bookmark this link. https://goo.gl/SvY8Kr

Traffic jams in the vicinity of Greenhills Shopping Center may soon be a thing of the past because of a new executive order (EO) issued by San Juan City Mayor Francis Zamora.

The parking restriction applies to both of the following streets:

Violators of the EO will be apprehended and given citation tickets by personnel from the Traffic Management and Parking Office (TPMO) and the Traffic Police of Barangay Greenhills.

TPMO personnel and barangay traffic police will also be authorized to tow vehicles that are illegally parked.