‘Tis the season to balimbing! Erice: LP to join majority to deliver ‘the goods’ 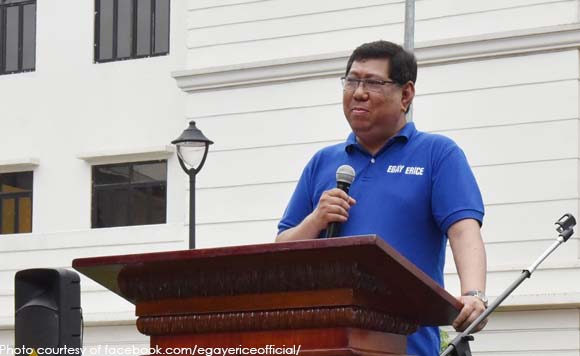 0 670
Share
Want more POLITIKO News? Get the latest newsfeed here. We publish dozens and dozens of politics-only news stories every hour. Click here to get to know more about your politiko - from trivial to crucial. it's our commitment to tell their stories. We follow your favorite POLITIKO like they are rockstars. If you are the politiko, always remember, your side is always our story. Read more. Find out more. Get the latest news here before it spreads on social media. Follow and bookmark this link. https://goo.gl/SvY8Kr

Despite the Liberal Party’s reputation as an opposition party during the May midterm elections, Caloocan City Rep. Edgar Erice said its stalwarts will join the majority in the 18th Congress.

In a television interview Thursday, Erice said joining the majority bloc will help LP members win the 2022 elections as they can deliver “the goods to constituents.”

“Our choice is to be members of the company union or be in the majority. In terms of getting projects in our districts, it would [be] better if we join the majority,” he said.

Erice explained that LP lawmakers have to bend like a bamboo for their political survival.

The majority bloc is expected to elect Taguig-Pateros Rep. Alan Peter Cayetano as House Speaker when the 18th Congress opens on July 22 in obedience to President Rodrigo Duterte’s endorsement.