Jojo Binay weighs in on UN probe: Let them in if there’s nothing to hide 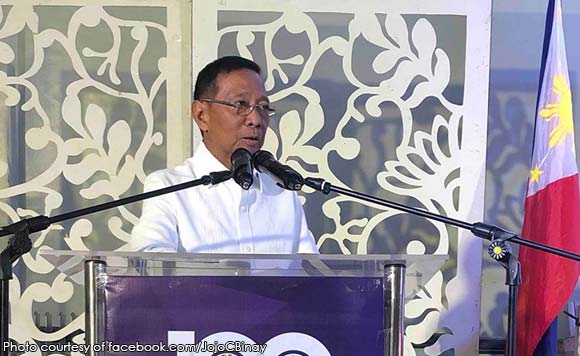 There’s no reason to be scared of the United Nations, former Vice President Jejomar Binay said.

Binay dedicated his most recent newspaper column to weigh in on the developments before the United Nations Human Rights Council (UNHRC), after local officials were quick to condemn Iceland and all the other countries who asked the UN to write a report about the alleged thousands of human rights violations and killings due to the war on drugs.

For Binay, the Duterte government should cooperate. After all, they’re claiming that their hands are free of blood and death.

“If the administration believes strongly — as it has stated on many occasions — that it has not committed human rights violations in the conduct of the drug war, and that the figures being bandied about by human rights groups and advocates are false and misleading, then it should make its case before the international community,” Binay wrote.

He’s not done. Binay said if ex-police chief now Senator Bato Dela Rosa is so confident that he’s betting to cut his head off if the violations are proven, then that should be a strong signal.

“The Philippine National Police (PNP) has maintained that its figures are accurate. Then it should be willing to share its data with the probers,” the ex-vice president and Makati mayor said. “Now that is not an easy bet to make, unless one is certain about his odds.”

Camille Villar teams up with mom Cynthia for Women’s…