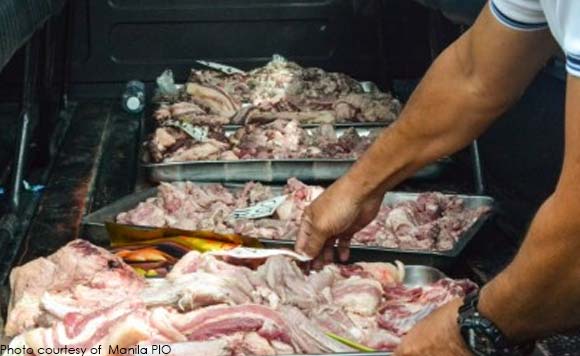 Manila Mayor Francisco “Isko” Moreno Domagoso on Wednesday warned the public to be vigilant when shopping for meat in line with the local government’s anti-bocha campaign.

In a statement, Domagoso said the Manila Veterinary Inspection Board (MVIB) brought to his office about 532 kilograms of beef shank tagged as “hot meat” during a surprise inspection along Elcano Street in Divisoria, Manila.

Hot meat means carcass or parts of a carcass of cattle and hogs that were slaughtered by unaccredited meat establishments. These are usually spoiled and unsafe to eat.

According to the MVIB, the confiscated hot meat amounted to PHP80,000.

He added the MVIB conducted the inspection after a concerned citizen sent information about hot meat sold in the streets via social media.

Thank you for taking part in the rehabilitation of the City of Manila),” Domagoso said. (PNA)