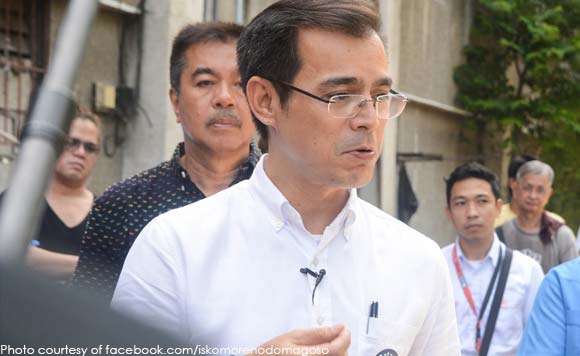 0
1,056
Want more POLITIKO News? Get the latest newsfeed here. We publish dozens and dozens of politics-only news stories every hour. Click here to get to know more about your politiko - from trivial to crucial. it's our commitment to tell their stories. We follow your favorite POLITIKO like they are rockstars. If you are the politiko, always remember, your side is always our story. Read more. Find out more. Get the latest news here before it spreads on social media. Follow and bookmark this link. https://goo.gl/SvY8Kr

“We are preparing the detailed engineering design of the new Ospital ng Maynila. It will be on the side of Mabini and Quirino and the old building will be retained and will be converted as a college of medicine, Pamantasan ng Lungsod ng Maynila school ground,” Manila Mayor Francisco “Isko” Moreno Domagoso on Tuesday said in a press briefing at the Ramon Magsaysay High School.

The new public hospital will be patterned after Makati Medical Center’s design Domagoso said it would be fully air-conditioned with state-of-the-art pieces of medical equipment.

Domagoso said the city government would redesign about 60 health centers to ensure the proper delivery of health services.

“We might demolish some of our health centers because according to the data we’ve gathered, they’re useless to exist when nobody’s going there and there are more or less 14 lying-in centers na wala namang nangaganak. We’ll reorganize logistical resources, human resources to other busy health centers,” he said.

Domagoso said he would check on the dialysis patients at Gat Andres Bonifacio Hospital and purchase at least six ambulances for the city’s emergency medical needs.

“We’re still scouting for funds to buy these honest to goodness ambulances and I don’t mind spending millions of pesos on an ambulance if I can save a life most especially if it’s a poor person’s life,” he said.

Health Secretary Francisco Duque III, who was also at the press conference, lauded Domagoso for prioritizing health services for the development of Manila residents.

“It’s quite reassuring to hear the strategic plans of the good mayor. I hope his plans will also be the model of other government units to provide comprehensive public health care system and he’s got all his priorities in the right place,” Duque said. (PNA)