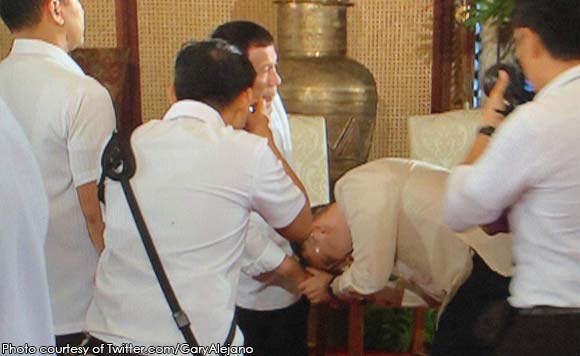 He had few words to say about this blatant cowering to power.

Former Magdalo Rep. Gary Alejano is back to being a vocal critic of the Duterte administration now that the election season has long passed. The politiko found a glaring photo of Taguig Rep. Alan Peter Cayetano profusely bowing to President Rodrigo Duterte, even looking like he’s slobbering the President’s hand after being named as his chosen one for the House Speakership.

Alejano might not have anything good to say, so he left it as this: “The picture speaks for itself.”

The picture speaks for itself… pic.twitter.com/tfuUco29I2

But his followers took care of the berating remarks.

“This is what hunger for power looks like…,” another added.

Camille Villar teams up with mom Cynthia for Women’s…