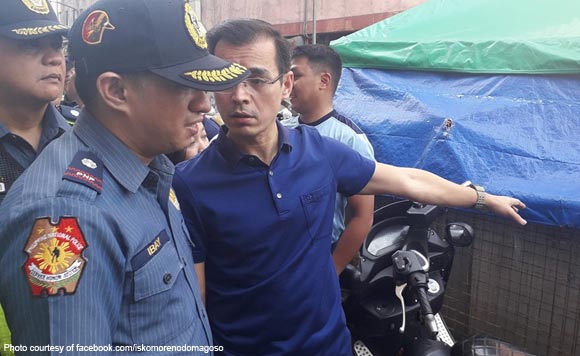 0 2,764
Share
Want more POLITIKO News? Get the latest newsfeed here. We publish dozens and dozens of politics-only news stories every hour. Click here to get to know more about your politiko - from trivial to crucial. it's our commitment to tell their stories. We follow your favorite POLITIKO like they are rockstars. If you are the politiko, always remember, your side is always our story. Read more. Find out more. Get the latest news here before it spreads on social media. Follow and bookmark this link. https://goo.gl/SvY8Kr

Under Executive Order No. 1 signed Monday, all city government issuances should also be published on all of the city’s official social media platforms within 24 hours upon approval.

These issuances include executive orders, appointments, ordinances, and approval of projects and activities, among others.

“All procurement and bidding activities, contract signings, official meetings of the City Officers shall be streamed live online via Facebook and/or other social media platforms,” the EO read.

Domagoso also ordered all city government departments to designate their respective social media officer to create Facebook and Twitter accounts, which should regularly be updated with content on their programs and activities.