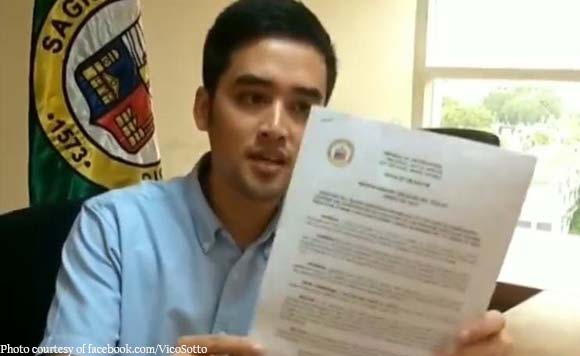 Sotto shared on his Facebook page Monday a photo of him signing the executive order (EO) and memorandum circular suspending the odd-even scheme.

The mayor called the scheme “disjointed and unjust” in the caption of his post.

Vehicles with license plates ending in odd numbers cannot pass through the roads covered by the scheme on Tuesday, Thursdays and Saturdays.

Sotto said the odd-even scheme should be suspended since some of the streets covered by its implementation did not have the city council’s approval.

Its enforcement was “unfair and poorly coordinated” with other local government units, he added.

Sotto said the Traffic Management Task Force will review and propose new solutions for the current mobility and traffic situation within the next 45 days.