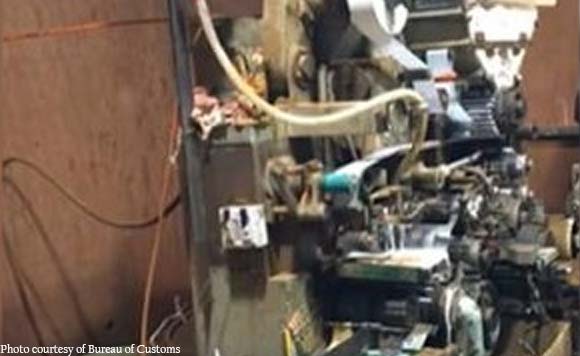 The government is losing an estimated P245 million a year from fake tax stamps being churned out by a Malabon City printer.

Finance Secretary Carlos Dominguez said the amount was based on the price of a tax stamp at P35 apiece and on an eight-hour per day and five day per week operations of the printing facility, which was raided by combined personnel from the Bureau of Internal Revenue and the National Bureau of Investigation on Wednesday.

“The recent raid in Malabon printing facility is positive. Not only does the site produce fake labels, it also prints fake stamps,” he told journalists in a Viber message.

The government has been stringent on its drive against use of fake tax stamps in a bid to collect revenues.

One example is the case against Mighty Corp., which not only used counterfeit tax stamps but also failed to pay excise taxes.

In 2018, the government was able to collect more than P30 billion worth of taxes from the erring cigarette company, which has been bought by Japan-based Japan Tobacco Inc. (PNA)