NCRPO on full alert in wake of Sulu blast 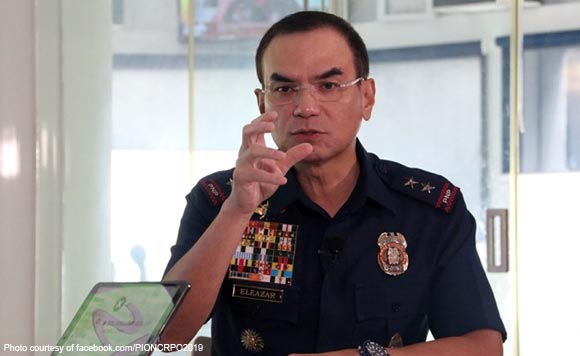 0 568
Share
Want more POLITIKO News? Get the latest newsfeed here. We publish dozens and dozens of politics-only news stories every hour. Click here to get to know more about your politiko - from trivial to crucial. it's our commitment to tell their stories. We follow your favorite POLITIKO like they are rockstars. If you are the politiko, always remember, your side is always our story. Read more. Find out more. Get the latest news here before it spreads on social media. Follow and bookmark this link. https://goo.gl/SvY8Kr

MANILA — The National Capital Region Police Office (NCRPO) is now on full alert following the blast that rocked the town of Indanan in Sulu, killing three soldiers and wounding nine others on Friday.

NCRPO director, Maj. Gen. Guillermo Eleazar said while there are no specific threats in Metro Manila, they always consider the metropolis as a potential target.

“Although there are no threats detected within the National Capital Region but as a proactive means in response to this terror attack, the entire region is now placed under full alert status effective 6 p.m. Friday,” Eleazar said in a statement.

“Having this measure could mean of great help in deterring unscrupulous individuals in carrying out their illegal or terroristic acts,” he added.

He said the NCRPO condoles with families of the victims in the twin blasts that occurred near a temporary headquarters of the Philippine Army’s First Brigade Combat Team in Barangay Kajatian, Indanan, Sulu.

Eleazar assured the public that authorities will continue to perform their functions to maintain public safety.

“Rest assured that Team NCRPO always remained steadfast and dedicated for the peace and order in the whole metropolis,” he said.

He also reminded the public to remain vigilant and to report to the nearest Barangay or policeman, any suspicious person or behavior of people in their neighborhood.