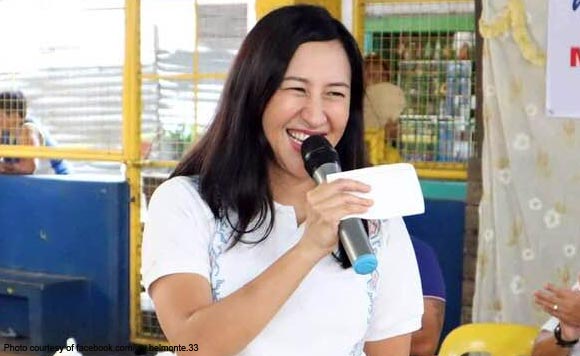 0 765
Share
Want more POLITIKO News? Get the latest newsfeed here. We publish dozens and dozens of politics-only news stories every hour. Click here to get to know more about your politiko - from trivial to crucial. it's our commitment to tell their stories. We follow your favorite POLITIKO like they are rockstars. If you are the politiko, always remember, your side is always our story. Read more. Find out more. Get the latest news here before it spreads on social media. Follow and bookmark this link. https://goo.gl/SvY8Kr

Quezon City Vice Mayor Joy Belmonte has formally wrapped up her term as vice mayor and presiding officer of the Quezon City Council by presenting a report of the legislative body’s accomplishments on June 24.

In her “Ulat sa Bayan,” Belmonte lauded the City Council for passing 298 ordinances and 948 resolutions.

Among the landmark legislations that the City Council passed in the Vice Mayor’s third term were the city’s Comprehensive Socialized Housing Code and the Dangerous Drug Code.

Authored by Councilors Marivic Co-Pilar and Alexis Herrera, the Quezon City Comprehensive Socialized Housing Code of 2018 seeks not only to provide “affordable, safe and adequate housing” for low-income sectors in Quezon City but also to ensure access to employment and services within socialized housing areas.

Meanwhile, Quezon City’s drug code consolidates the programs and procedures already in place to implement community-based efforts to rid the city of drugs. This includes the comprehensive program to rehabilitate drug surrenderees, educate young people through schools, and enact sustainable partnerships with the police force, the church, non-government sector, and private sector.