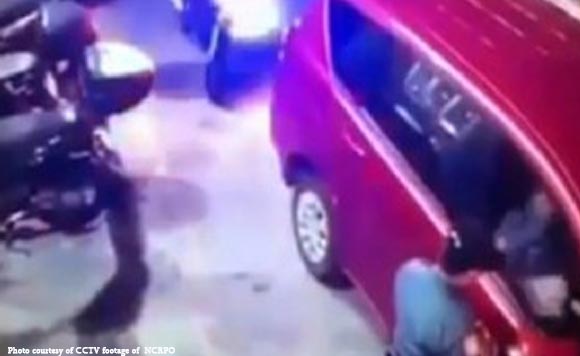 0 1,584
Share
Want more POLITIKO News? Get the latest newsfeed here. We publish dozens and dozens of politics-only news stories every hour. Click here to get to know more about your politiko - from trivial to crucial. it's our commitment to tell their stories. We follow your favorite POLITIKO like they are rockstars. If you are the politiko, always remember, your side is always our story. Read more. Find out more. Get the latest news here before it spreads on social media. Follow and bookmark this link. https://goo.gl/SvY8Kr

According to Eleazar, Tambungan hit Corporal April Santiago in the head and intentionally opened his car door to hit the lady cop after the latter failed to help him in a task.

“Allegedly, Brig. Gen Tambungan confronted PCpl (Police Corporal) Santiago because she couldn’t help him in a task given [to] her. Thereafter, he physically assaulted PCpl Santiago, hitting her on the head and later swinging his car door to hit her, while hurling verbal abuse at her,” Eleazar told reporters in message sent to reporters late Wednesday.

Eleazar showed to media a copy of the closed-circuit television (CCTV) footage of the incident, which happened in front of the Greenhills PCP around 7 p.m. on May 12 but he only received the report on the matter Tuesday.

“Unfortunately, a report of this incident reached my office only yesterday. Apparently, Cpl. Santiago hesitated to file a complaint due to her fear that she might be the one to get reprimanded,” the Metro Manila top cop noted.

“In the light of Cpl Santiago’s complaint, I made a partial investigation of the matter and based on this, I have come to believe the allegations of Cpl Santiago.I further believe that the physical actuations of Gen. Tambungan, including his alleged verbal abuse upon his victim are unjustified and completely unbecoming of an officer of the PNP,” Eleazar stressed.

PNP chief Gen. Oscar Albayalde said the PNP will provide lawyers for Santiago if she wants to pursue a case against Tambungan.

“We have a legal assistance program and legal service that can provide a counsel to the policewoman or she can even get her own lawyer. It is up to her. But even if she will not push through with the criminal case, the administrative case will continue,” Albayalde told reporters on the sidelines of a firearms expo held in Mandaluyong City Thursday.

Albayalde said he has yet to see the closed circuit television (CCTV) footage of the incident, stressing that the punishment to be meted against Tambungan will depend on the result of the investigation.

“So even me without seeing the video, since somebody has been hurt, whether there is a video or not and coming from the RD (Regional Director) himself, then I have to support his decision. I was briefed by RD Eleazar. In fact, he asked for guidance and clearance on whether can relieve Gen. Tambungan administratively and I said yes,” the PNP Chief said.

While noting that erring cops can be disciplined through various methods including charging them administratively, Albayalde said police officials do not have to manhandle them.

“It’s very unfortunate that it is a woman whom he manhandled. We are not saying he is guilty. He was just only relieved administratively to pave the way for an impartial investigation but if we see that there is a complainant and there is enough evidence to charge him, his relief will be permanent,” said Albayalde.

“I said no matter how furious you are towards a woman, considering that the PNP is gender sensitive, we never hurt women for that matter. Even if they committed errors or they are a remiss in their duties, there are several ways to deal with them. They can be summoned and charged administratively. But we don’t have hurt them,” he stressed.

Albayalde also said that based on the report from NCRPO Deputy Regional Director for Operations (DRDO), Tambungan also faces two cases before the Office of the Ombudsman.

Tambungan was transferred to the office of Eleazar while Col. Florendo Quebuyen, EPD deputy district director for administration, was designated as the officer-in-charge.