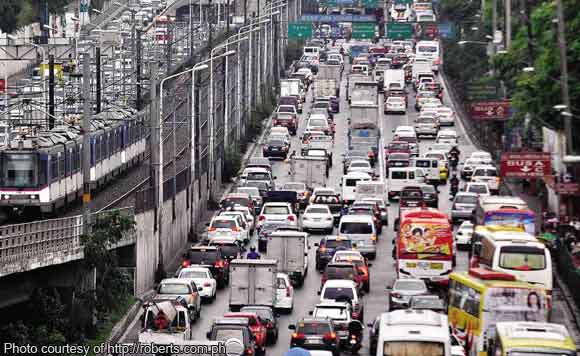 0 6,255
Share
Want more POLITIKO News? Get the latest newsfeed here. We publish dozens and dozens of politics-only news stories every hour. Click here to get to know more about your politiko - from trivial to crucial. it's our commitment to tell their stories. We follow your favorite POLITIKO like they are rockstars. If you are the politiko, always remember, your side is always our story. Read more. Find out more. Get the latest news here before it spreads on social media. Follow and bookmark this link. https://goo.gl/SvY8Kr

MMDA Edsa traffic chief Edison “Bong” Nebrija said Task Force Cubao-Makati (CubMA) was created amid the recent pronouncement of President Rodrigo Duterte for travel time from Cubao in Quezon City to Makati City be cut to five minutes by the end of the year.

“Alam niyo naman po lahat ng pronouncement ng Pangulo, (All the pronouncements of the President) it becomes a directive and a mandate not only to MMDA but to all government agencies,” Nebrija said in a radio interview on Monday.

The Department of Public Works and Highways (DPWH) will introduce “engineering interventions” to improve traffic wherein weekend road repairs on Edsa will be sped up.

The MMDA official said various stakeholders such as the government, motorists, and passengers must work together to ease the traffic situation in Metro Manila.

“Everybody should be on board not only the government agencies but also the people as the President has already spoken. Ang disiplina ay napakalaking bagay (Discipline is a very big thing),” Nebrija said.

The MMDA and the LTFRB have implemented various measures to ease traffic flow in the metropolis such as limiting the operations of UV Express on a terminal-to-terminal basis, enforcement of the no-loading and unloading policy of provincial buses along Edsa and the removal of provincial bus terminals.

Meanwhile, the DPWH said major infrastructure projects are underway to help decongest traffic in the metropolis, among them the Metro Manila Skyway Stage 3 and North and South Luzon Expressways connector road project. (PNA)