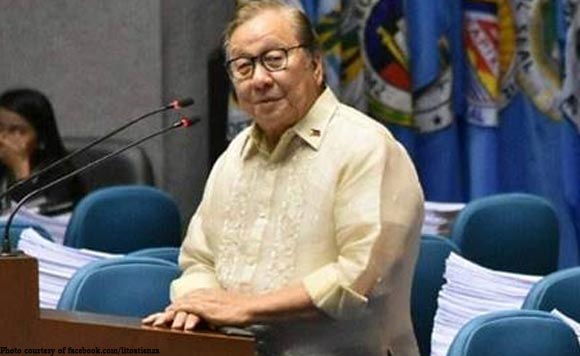 Buhay party-list Rep. Lito Atienza has warned of an increase in foreign garbage shipments to the Philippines unless the Bureau of Customs (BOC) steps up its inspection of import containers.

Atienza said the Philippines has become a viable dumping ground for foreign countries due to inadequate controls at various ports of entry.

“North America and Europe are looking for new destinations for their unwanted materials after China banned the importation of used plastics and other recyclables,” he said in a statement.

Chinese recyclers used to import and process much of the Western world’s reusable waste but a so-called “National Sword” policy adopted in January 2018 put them out of business.

Atienza urged the BOC to enforce the compulsory pre-shipment inspection (PSI) of containerized imports in order to thwart all contraband trying to enter the country, including illegal trash and narcotics.

PSI is the practice used by governments, mostly in developing countries, of requiring importers to engage accredited third-party surveyors to verify shipment details, such as the price, quantity and quality of goods, before cargoes depart the exporting country.

The practice compensates for inadequacies in the importing country’s customs and other administrative controls, and discourages the undervaluation of taxable shipments from abroad.

“We are counting on PSI to effectively prevent not only illegal waste and drug shipments, but also the widespread smuggling of high-value farm products, cars, electronics, apparel and what have you, stashed in containers,” Atienza said.

Canada recently pulled out 69 shipping containers of garbage, mostly plastics and household kitchen waste, unlawfully deposited in the Philippines after a threat from President Rodrigo Duterte.

The Philippines also recently shipped back 2.6 tons of shredded electronic and plastic waste from Hong Kong that arrived at the Mindanao Container Terminal in Tagoloan, Misamis Oriental.