Vico on Eusebio’s poll protest: Flawed, copy-pasted, based on his supporters’ imagination 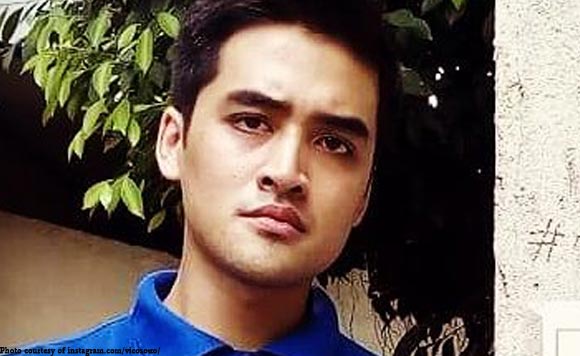 0 1,927
Share
Want more POLITIKO News? Get the latest newsfeed here. We publish dozens and dozens of politics-only news stories every hour. Click here to get to know more about your politiko - from trivial to crucial. it's our commitment to tell their stories. We follow your favorite POLITIKO like they are rockstars. If you are the politiko, always remember, your side is always our story. Read more. Find out more. Get the latest news here before it spreads on social media. Follow and bookmark this link. https://goo.gl/SvY8Kr

Pasig City mayor-elect Vico Sotto has asked the Commission on Elections (Comelec) to junk the election protest filed by outgoing mayor Bobby Eusebio in connection with the result of the May 13 polls.

In a 32-page answer, the camp of the newly-elected local chief executive noted that the petition warrants an outright dismissal as it is “utterly flawed, deficient, and defective, and patently insufficient in form and in content”.

“In the case at bar, the election protest is founded on baseless claims and allegations, without even appending the relevant admissible documentary evidence and relying heavily on self-serving affidavits of protestant’s supporters, which are mainly figments of their imaginations,” Sotto said in his answer filed on June 3 and made public on Friday.

Sotto added that Eusebio’s protest was insufficient in form and content since it does not make a detailed specification of the acts or omissions complained of, as required under Comelec Resolution No. 8804 in filing an election protest.

“The allegations are too broad and general and no evidence to support these claims other than the mere affidavits of the loser’s supporters,” he said.

“The affidavits of Eusebio’s witnesses on allegations of malfunctions of vote counting machines and defective SD cards, were obviously generated from a singular template only reworded and rephrased with font deliberately made varied, which are clearly insufficient to prove the existence of election fraud and irregularity in Pasig City,” the Pasig mayor-elect added.

Sotto said that the 29 clustered precincts being put into question by Eusebio is immaterial considering that he won by 86,500 votes.

“Even assuming for the sake of argument that all the votes from the 29 clustered precincts were indeed missing and 100-percent of the votes therein were for Eusebio, this would only amount to 20,800 votes (placed at the national average of 270 voters per precinct) and would still not be enough to subdue my overwhelming 86,500 vote-lead,” he added.

The outgoing Pasig City councilor won by an overwhelming 86,500 votes against Eusebio.

Sotto’s victory ended the 27-year rule of the Eusebio clan in the city. (PNA)