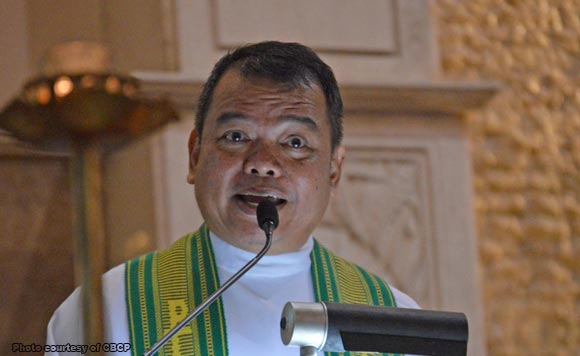 0 1,331
Share
Want more POLITIKO News? Get the latest newsfeed here. We publish dozens and dozens of politics-only news stories every hour. Click here to get to know more about your politiko - from trivial to crucial. it's our commitment to tell their stories. We follow your favorite POLITIKO like they are rockstars. If you are the politiko, always remember, your side is always our story. Read more. Find out more. Get the latest news here before it spreads on social media. Follow and bookmark this link. https://goo.gl/SvY8Kr

Pope Francis has appointed a new head for the diocese of Novaliches.

According to an article posted on the Catholic Bishops’ Conference of the Philippines (CBCP) news website, the Vatican has named 57-year-old Fr. Roberto Gaa of the archdiocese of Manila, replacing outgoing Bishop Antonio Tobias.

The appointment was made after the Holy Father accepted the resignation of Tobias.

Tobias, 77, has been the head of the Diocese of Novaliches since 2003.

Canon law requires bishops to submit their resignation to the Pope when they turn 75.

Gaa will be the third bishop of the diocese, with about 2 million Catholics in 69 parishes that are geographically located in the cities of Quezon and Caloocan.

He was born in Manila in 1962, and was ordained priest for the archdiocese of Manila in 2000.

Upon his appointment, the bishop-elect serves as rector of the Holy Apostles Senior Seminary (HASS) in Makati City.

Gaa holds a licentiate in spirituality from the Pontifical Gregorian University in Rome.

As part of the clergy for 19 years, he has served in a number of pastoral roles, including parish vicar, parish priest, and spiritual director and dean of studies at the seminary.

In 2008, he became rector of the HASS and a member of the presbyteral council of the Archdiocese of Manila. (PNA)