Can vendors, cars coexist in Baclaran? Edwin Olivarez goes to the streets to find out 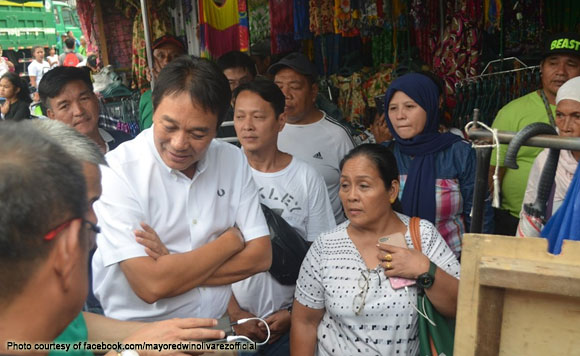 0 517
Share
Want more POLITIKO News? Get the latest newsfeed here. We publish dozens and dozens of politics-only news stories every hour. Click here to get to know more about your politiko - from trivial to crucial. it's our commitment to tell their stories. We follow your favorite POLITIKO like they are rockstars. If you are the politiko, always remember, your side is always our story. Read more. Find out more. Get the latest news here before it spreads on social media. Follow and bookmark this link. https://goo.gl/SvY8Kr

Parañaque City Mayor Edwin Olivarez held a dialogue with vendors in Baclaran Thursday to find out their concerns.

Olivarez met with the vendors amid the perennial complaint that they worsen traffic along Baclaran. He asked vendors about their concerns and their suggestions.

In a Facebook post about the meeting, the mayor said he hopes to implement a program that would solve both the traffic problem in Baclaran while ensuring vendors are able to continue their livelihood.

Olivarez assured that he will consider the vendors’ welfare as the local government comes up with a plan to solve the traffic problem along Baclaran.