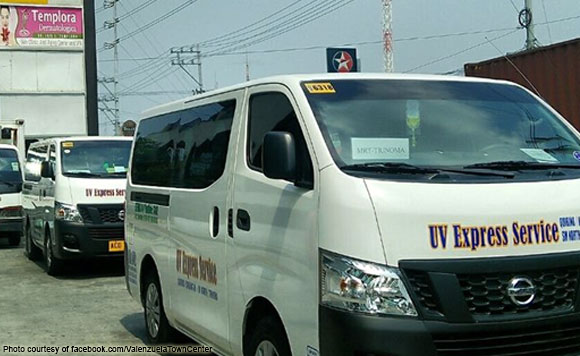 The Land Transportation Franchising and Regulatory Board (LTFRB) must designate loading and unloading points for UV Express units. This is to ensure ease of travel among passengers following the issuance of its latest directive limiting their operations on a point to point basis, a commuters’ welfare advocate said.

“Our suggestion is that the UV Express must not be patterned after point to point buses. A compromise solution for this is the LTFRB should designate loading and unloading points in between the origin and destination of the UV Express units particularly in areas that have high passenger demand,” lawyer Ariel Inton, president of the Lawyers for Commuters and Safety Protection (LCSP), said in an interview with the Philippine News Agency (PNA) on Monday.

The LTFRB has issued Memorandum Circular (MC) 2019-025, which abolished the two-kilometer radius from the endpoints of the UV Express units in which they were allowed to pick up and drop off passengers.

Inton, a former LTFRB Board Member,said this policy was not new as UV Express services originally operate on their designated terminals with no unloading and loading between their origin and destination when it was authorized as a public utility vehicle service in 2005.

A memorandum was issued by the LTFRB in 2009, which allowed UV Express units to pick-up and drop-off passengers within the two-kilometer radius from their endpoints as specified in their franchises.

However, it has been observed that UV Express units were not using their designated terminals, as well as load and unload passengers between their endpoints.

“I agree with the premise of the LTFRB to limit the operations of the UV Express on a point to point basis to prevent the rampant loading and unloading of passengers anywhere outside their designated terminals. However, we must take note of the fact that UV Express is being utilized by our commuters because it is an affordable transport service. Thus, the LTFRB should have come up with a decision that would not have inconvenienced the travel of these commuters,” Inton said.

The MC was issued on May 15, which was signed by LTFRB Chairman Martin Delgra III and Board Members Ronaldo Corpus and Antonio Gardiola Jr.

UV Express services that were found to violate the policy will be fined P5,000 for the first offense and P10,000 for the second offense.

Suspension or cancellation of the franchise will be imposed for the third offense while the license of the driver may be suspended or revoked. (PNA)