Find out Albayalde’s 3 picks as next PNP Chief 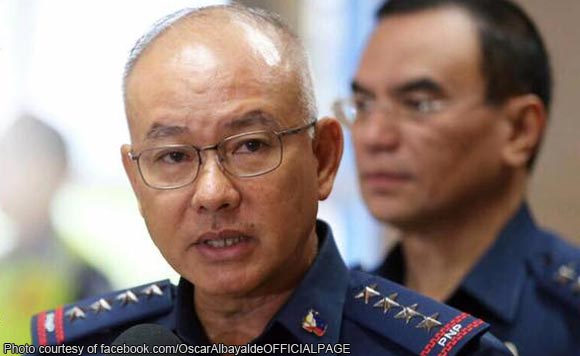 0 970
Share
Want more POLITIKO News? Get the latest newsfeed here. We publish dozens and dozens of politics-only news stories every hour. Click here to get to know more about your politiko - from trivial to crucial. it's our commitment to tell their stories. We follow your favorite POLITIKO like they are rockstars. If you are the politiko, always remember, your side is always our story. Read more. Find out more. Get the latest news here before it spreads on social media. Follow and bookmark this link. https://goo.gl/SvY8Kr

Philippine National Police (PNP) chief, Gen. Oscar Albayalde, on Wednesday named the three police officials he recommended as his possible successor when he retires in November this year.

He said the three police officials have also been named by former PNP chief and Senator Ronald “Bato” dela Rosa as his “bets” for the PNP’s top post.

“Kasi sila naman ang medyo senior at sila ang (They are senior and are) next in line besides of course kay Gen. Eleazar who is class ‘87 pero doon sa performance naman niya (based on his performance) I think he will do good also the same as the other two, Gen. Cascolan and Gen. Gamboa,” said Albayalde in a press briefing.

He said the three officials “have the credentials” and deserve to be the next PNP chief.

Albayalde, the country’s 22nd PNP chief, will retire on Nov. 8 upon reaching the mandatory retirement age of 56. He replaced dela Rosa who retired in April 2018.

Like Albayalde, Gamboa and Cascolan are also members of the Philippine Military Academy Sinagtala class 1986.

Gamboa and Cascolan will reach the mandatory retirement age in September and November 2020, respectively. (PNA)