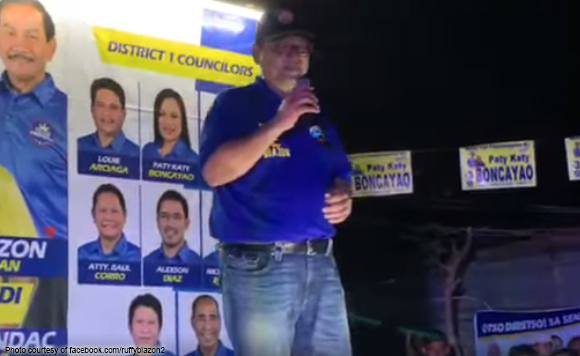 0 711
Share
Want more POLITIKO News? Get the latest newsfeed here. We publish dozens and dozens of politics-only news stories every hour. Click here to get to know more about your politiko - from trivial to crucial. it's our commitment to tell their stories. We follow your favorite POLITIKO like they are rockstars. If you are the politiko, always remember, your side is always our story. Read more. Find out more. Get the latest news here before it spreads on social media. Follow and bookmark this link. https://goo.gl/SvY8Kr

It was his final treat to voters which led to his resounding victory.

Muntinlupa Rep. Ruffy Biazon stuck to Team Fresnedi during the May 13, 2019 elections, and it proved to be the secret to success.

The politiko won another term as congressman, and he is proud to have endured a clean campaign.

“It was a positive campaign. We presented the accomplishments we have and the plans we intend to do. No bashing, no negative vibes,” Biazon said.

As a reward to residents, Biazon went to cap their last campaign sortie with a song. The politiko bravely took the mic and belted out “Buwan” by teen star Juan Karlos Labajo.

It was an instant hit, as residents of all ages sang with him.