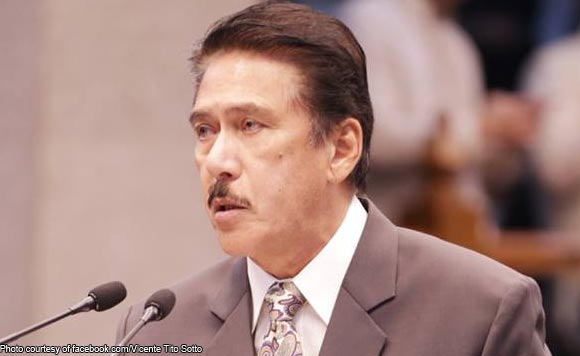 0 370
Share
Want more POLITIKO News? Get the latest newsfeed here. We publish dozens and dozens of politics-only news stories every hour. Click here to get to know more about your politiko - from trivial to crucial. it's our commitment to tell their stories. We follow your favorite POLITIKO like they are rockstars. If you are the politiko, always remember, your side is always our story. Read more. Find out more. Get the latest news here before it spreads on social media. Follow and bookmark this link. https://goo.gl/SvY8Kr

Senatorial candidates Ronald “Bato” Dela Rosa, Bong Go and Francis Tolentino may not be officially proclaimed winners yet, but they’re already certain who they want to lead the Senate when they arrive there in July.

Senate President Vicente “Tito” Sotto III said he has gotten the support of the three administration candidates amid talk of a possible challenge to his leadership at the start of the 18th Congress.

He said Senator Manny Pacquiao talked to him recently to assure him of Dela Rosa, Go and Tolentino’s backing.

Senators will hold a caucus at the resumption of sessions Monday (May 20) to discuss internal matters.