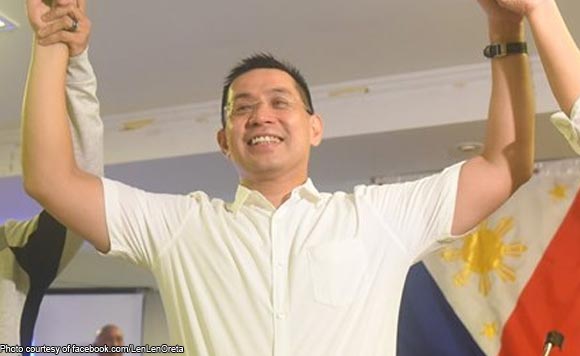 Oreta was proclaimed the winner of the mayoralty race Tuesday. He garnered close to 100,000 votes compared to over 55 thousand votes for Sandoval.

No less than President Rodrigo Duterte endorsed Sandoval’s candidacy, even visiting Malabon in April to campaign for her.

Duterte had threatened Oreta, a Liberal Party member, of arrest if he failed to address Malabon’s drug problem.

Oreta, in response, said the city government has been addressing Malabon’s problem since he assumed office.