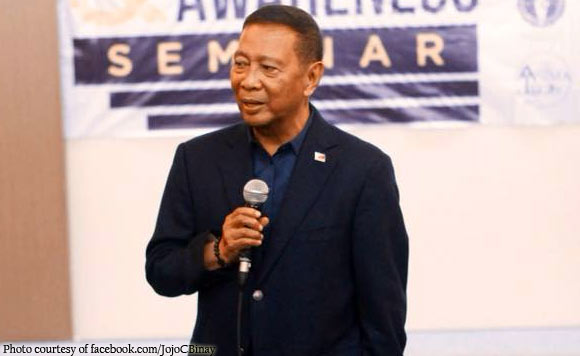 The surname Binay may be synonymous with Makati, but voters doesn’t seem at all thrilled to be represented in Congress by two members of the family.

Final voting results tallied by the Makati City Board of Canvassers showed Peña with 71,035 votes while Binay only got 65,229.

Peña ran for mayor in 2016 but lost to Binay’s daughter, Abby.

Binay’s camp tried to move for the deferment of Peña’s proclamation over the null votes in the first district, which supposedly total to about 8,000 votes.

The former Vice President’s camp also claimed serveral voters were disenfranchised due to alleged vote buying incidents and blackouts on election day. The Makati City Board of Canvassers, however, rejected the motion.

The Binay patriarch was known for leading Makati as mayor for two decades following the 1986 People Power revolution. He used the city’s progress as an asset in campaigning for vice presidency in 2010.

Jejomar ran for congressman as part of Abby’s Team Performance. He also endorsed her reelection bid over the candidacy of his only son, former mayor Junjun Binay.