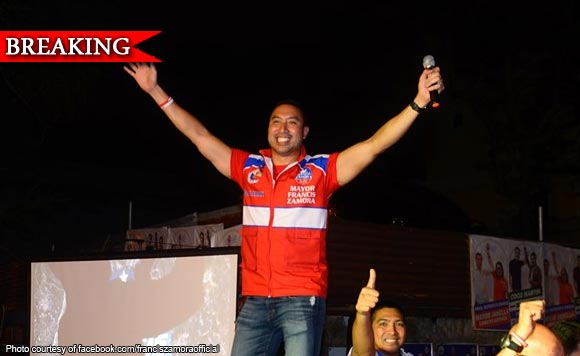 0 4,052
143
Want more POLITIKO News? Get the latest newsfeed here. We publish dozens and dozens of politics-only news stories every hour. Click here to get to know more about your politiko - from trivial to crucial. it's our commitment to tell their stories. We follow your favorite POLITIKO like they are rockstars. If you are the politiko, always remember, your side is always our story. Read more. Find out more. Get the latest news here before it spreads on social media. Follow and bookmark this link. https://goo.gl/SvY8Kr

Zamora was proclaimed by the San Juan City Board of Canvassers Monday night.

Estrada is the daughter of former senator Jinggoy Estrada and a granddaughter of Manila mayor Joseph Estrada.

The Estradas have ruled San Juan for more than 50 years.

Jinggoy’s half brother, Senator JV Ejercito, succeeded him, serving as mayor from 2001 to 2010.

Ejercito’s mother, Guia Gomez, is the incumbent mayor. She was elected in 2010.