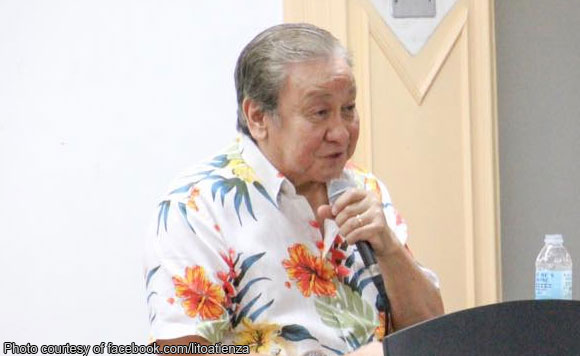 “Having a lone candidate for an elective post is bad for voters who are left with no choice,” said Buhay Rep. Lito Atienza, the House senior deputy minority leader.

“It is also bad for government and for our system of checks and balance, and bad for our political parties as well,” the former three-term mayor of Manila said.

Dozens of candidates for governor, mayor and other local posts are likewise running without rivals, he added.

“Just like in business, competition is absolutely necessary to provide consumers – in this case voters – greater freedom to choose, and to encourage fair play,” Atienza said.

“What is happening now is that many candidates are just negotiating among themselves, with the stronger ones usually buying out their weaker rivals. Puro usap-usapan na lang,” Atienza said.

Atienza called for a return to the two-party system where two major political parties dominate the government.

“As long as we have at least two dominant parties all the time, it is okay to have multiple political parties,” Atienza said.

“In the old days, under the two-party system before martial law, there were no unopposed candidates at all,” Atienza said.

The two dominant parties then – the Liberal Party and the Nacionalista Party – had to put up candidates no matter what, according to Atienza.

“Nowadays, it is possible for an exceptionally strong and popular candidate to run unopposed. This is not possible under a two-party system,” he said.