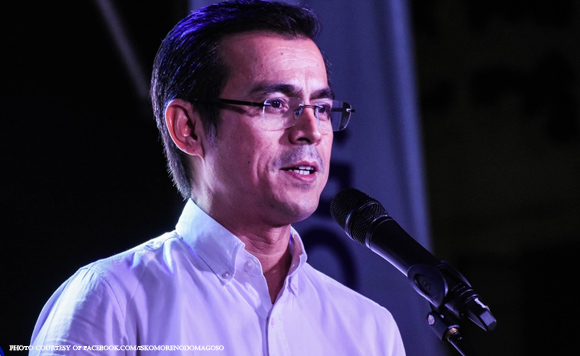 0 1,049
Share
Want more POLITIKO News? Get the latest newsfeed here. We publish dozens and dozens of politics-only news stories every hour. Click here to get to know more about your politiko - from trivial to crucial. it's our commitment to tell their stories. We follow your favorite POLITIKO like they are rockstars. If you are the politiko, always remember, your side is always our story. Read more. Find out more. Get the latest news here before it spreads on social media. Follow and bookmark this link. https://goo.gl/SvY8Kr

In a round table discussion with Manila Bulletin executives, Moreno said it is time for Manila to have a new city hall to address the needs of residents and local government employees.

“The city hall, when it was designed by architect Burnham, ang ina-address lang noon ay few thousand Manileños but that was years ago. Today, Manila has about 1.8 million people and 42,000 business establishments,” he said.

Moreno said the new city hall, which he proposes to be built at the Liwasang Bonifacio, will feature a look that is “not modern.”

It is modern in terms of technology and structure. But in design, I would rather go back to history,” he said.

As for the existing city hall, Moreno said it will be converted into a museum, cultural and retail center.