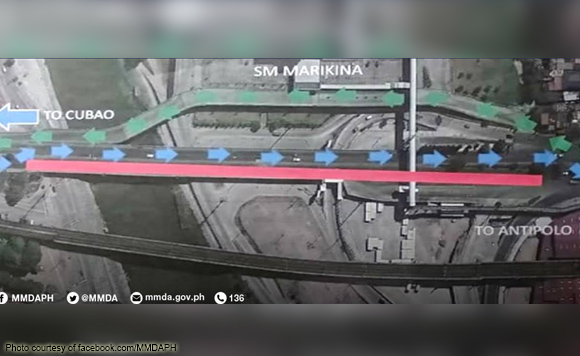 0 663
Share
Want more POLITIKO News? Get the latest newsfeed here. We publish dozens and dozens of politics-only news stories every hour. Click here to get to know more about your politiko - from trivial to crucial. it's our commitment to tell their stories. We follow your favorite POLITIKO like they are rockstars. If you are the politiko, always remember, your side is always our story. Read more. Find out more. Get the latest news here before it spreads on social media. Follow and bookmark this link. https://goo.gl/SvY8Kr

The Metropolitan Manila Development Authority (MMDA) has postponed the closure and rehabilitation of the eastbound portion of the Marcos Bridge in Marikina City until further notice.

“The private contractors of the Marcos Bridge rehabilitation project failed to install signages and carry out the necessary preparations for the agreed traffic rerouting plan in the area that might cause traffic chaos should the project push through,” said the MMDA in its advisory on Thursday.

MMDA general manager Jose Arturo Garcia Jr. is set to meet with private contractors of the project next week to discuss updates on their preparations and to decide when the repairs on the bridge would start.

The eastbound portion of the Marcos Bridge was set to be closed on May 11 for rehabilitation works that would last for four months, while private contractors of the Department of Public Works and Highways (DPWH) will work on its opposite direction for another four months.

The MMDA deferred the start of the project which was originally scheduled last May 4.

Garcia earlier said the bridge was already overdue for rehabilitation as the structure was built more than three decades ago.

Around 3,000 motorists will be affected if the closure of the bridge pushes through, according to MMDA estimates. (PNA)