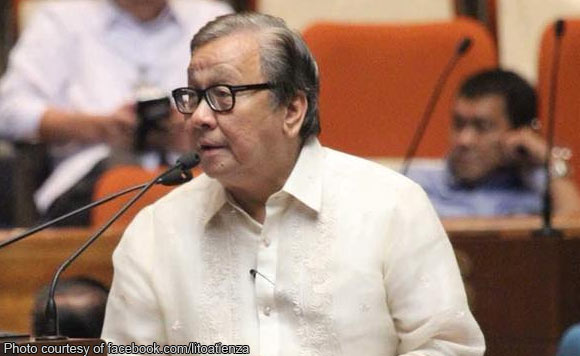 0 1,029
Share
Want more POLITIKO News? Get the latest newsfeed here. We publish dozens and dozens of politics-only news stories every hour. Click here to get to know more about your politiko - from trivial to crucial. it's our commitment to tell their stories. We follow your favorite POLITIKO like they are rockstars. If you are the politiko, always remember, your side is always our story. Read more. Find out more. Get the latest news here before it spreads on social media. Follow and bookmark this link. https://goo.gl/SvY8Kr

What happened to the Philippine government’s plan to build a P450-million seaport on Pag-asa Island?

That’s the question raised by Buhay party-list Rep. Lito Atienza, as he noted the growing presence of Chinese maritime militia vessels around Pag-asa Island, which has been occupied by the Philippines since 1970.

Atienza, the House senior deputy minority leader, noted that in the 2017 General Appropriations Act, Congress gave P450 million in capital outlay to the Department of Transportation (DOTr) for the Barangay Pag-asa Port Project.

“We hope the DOTr is still pushing through with the project, which has become absolutely imperative for us to encourage more Filipinos to live on the remote island,” he said.

“Now would be an excellent time for the DOTr to carry out the project, considering that the military is set to complete the construction of a beaching ramp on the island,” Atienza said.

The beaching ramp being built by the Department of National Defense (DND) is meant to expedite the delivery of construction equipment and materials after President Rodrigo Duterte in April 2017 ordered the reinforcement of Pag-asa.

The DND is initially focusing its efforts on paving the island’s crumbling 1.3-kilometer airstrip.

Pag-asa belongs to the Kalayaan Island Group at the western section of the Spratly archipelago.

The entire Spratly archipelago is being claimed by China.